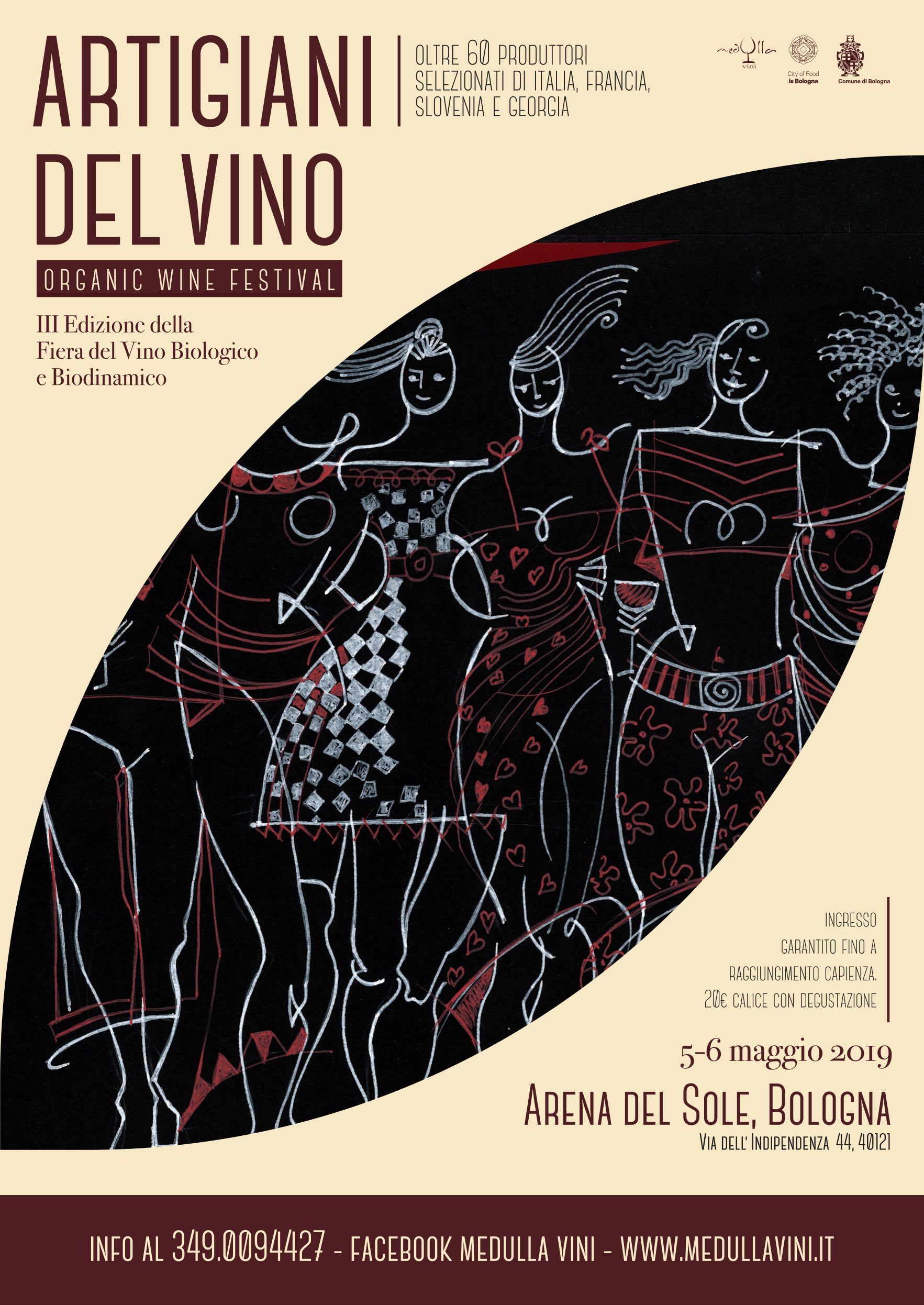 This two-day fair of wine tasting is dedicated to the Italian, French, Slovenian
and Georgian artisanal producers of organic, bio-dynamic and natural wines.
Now in its third edition, the ARTIGIANI DEL VINO fair will be held at the
200-year-old Arena del Sole theater in Bologna. This year’s iteration seeks to
combine the finest theatrical arts with the finest artisanal wine available today.
By listening to producers who put their heart and soul into their wines, we will
endeavor to rediscover the traditions dating back to the times in which people
st lived in harmony with nature, and how they’ve applied 21 century technology
to their craft. It’s our aim to introduce a new generation of wine drinkers to a

It will be a two-day fair of tasting wines made by producers who strive to
showcase the characteristics of their respective terroir, who eschew the use of
pesticides and industrial fertilizers, and who stick to the traditional methods of
wine production. Their efforts manifest in their wines, which are flavorful, have

In 2013, Medulla Vini became the first wine bar in Bologna to specialize in
organic, biodynamic and natural wines in Bologna. The simple idea was to
create yet another place where people could buy wine, but where people could
come to find which were not only special, but which expressed a particular

reverence for the place in which they were made.

We support small producers who shirk convention and use natural, organic and
biodynamic methods to make their wine. It’s a small but significant contribution
to their cause, which has won over not only our customers, but industry

journalists and experts as well.

A dedicated Food Court will be present for both days

The event is sponsored by the Comune di Bologna

You want to participate as an exhibitor